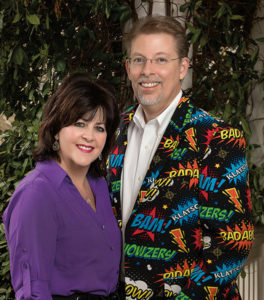 The new issue of Midtown Magazine (Raleigh NC’s lifestyle magazine) did a wonderful feature on TwoMorrows. My only regret is they didn’t spotlight Pam more, for her critical and invaluable work behind-the-scenes in keeping us in business all these years (something detailed in our upcoming 25th Anniversary publication mentioned in the article). Check it out! http://www.midtownmag.com/minding-your-business/ 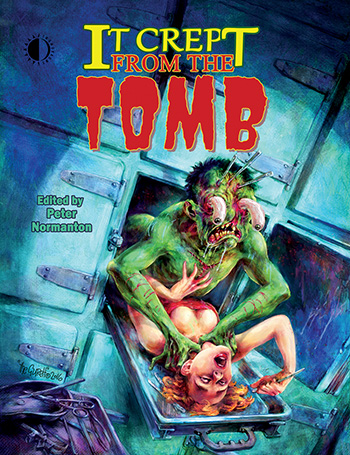 It’s a 192-page trade paperback with COLOR, which uncovers atomic comics lost to the Cold War, rarely seen (and censored) British horror comics, the early art of Richard Corben, Good Girls of a bygone age, Tom Sutton, Don Heck, Lou Morales, Al Eadeh, Bruce Jones’ Alien Worlds, HP Lovecraft in Heavy Metal, and a myriad of terrors from beyond the stars and the shadows of our own world! It features comics they tried to ban, from Atlas, Charlton, Comic Media, DC, EC, Harvey, House of Hammer, Kitchen Sink, Last Gasp, Pacific, Skywald, Warren, and more from the darkest of the horror genre’s finest creators!

You can see a preview of it and order your copy here!

What a slate of new items we’ve got in the latest Previews Catalog—including the debut issue of RETROFAN!

Use the Diamond Order Codes to order at your local comic book shop, or click the links below to order directly from TwoMorrows at 15% off! To see FULL listings of all items (with previews), CLICK HERE!