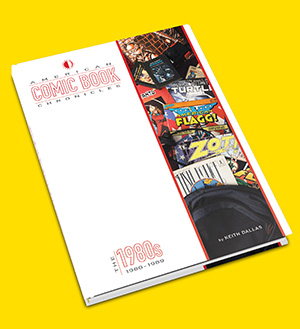 The new edition of American Comic Book Chronicles: The 1980s was fully funded on Kickstarter in less than 12 hours! But you can still reserve a copy with a pledge (and get great discounts on other volumes).

Now let’s fund a reprint of the 1950s volume, which will be sold out before the campaign ends! Like with the 1980s book, you can also add other volumes to your initial pledge at a great discount!

Back our Kickstarter HERE!

Stop by TwoMorrows Booth #1301 (right inside the Hall B doors) for all signings and:

Signings and Panels:
Publisher John Morrow will be on-hand every day to celebrate his company’s 25th Anniversary!

11:00am, Room 29AB: The World of TwoMorrows 25th Anniversary Panel
TwoMorrows Publishing is celebrating their 25th Anniversary with an unforgettable look back at the company’s beginnings, and the crazy things that’ve happened during a quarter-century quest to create the future of comics history! Join Comic-Con Special Guest Jon B. Cooke (Comic Book Artist/Comic Book Creator magazine editor), P.C. Hamerlinck (Alter Ego/FCA editor), Keith Dallas (editor of the American Comic Book Chronicles series, and co-author of the Eisner Award-nominated book Comic Book Implosion), Mike Manley (Draw! magazine editor), and Dewey Cassell (author of the Eisner Award-nominated book Mike Grell: Life Is Drawing Without An Eraser), and find out what TwoMorrows has in store for 2020 and beyond! It’s moderated by publisher (and Jack Kirby Collector editor) John Morrow.

8:00pm: The Eisner Awards in the Indigo Ballroom at the Hilton Bayfront
TwoMorrows has THREE nominations this year, so come by and cheer us on!

4:00pm, Room 9: 80th Anniversary of Archie Comics Superheroes panel
Learn the 80-year history of the superheroes of the Archie Universe from the people who brought you The MLJ Companion: Rik Offenberger and Paul Castiglia (Archie Comics), and Jon B. Cooke and John Morrow (TwoMorrows Publishing), as well as writer and movie producer Michael Uslan (Batman), and Golden Age comic experts J.C. Vaughn (Gemstone Publishing). Immediately after the panel, join us for a… 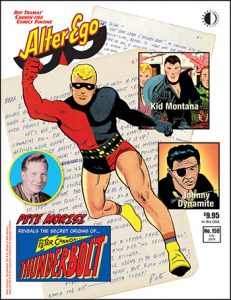 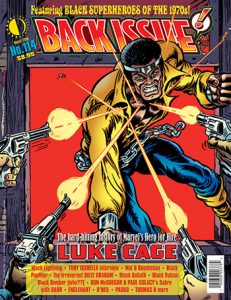 Back Issue #114 is busting loose with Black Superheroes of the 1970s! Order at:
http://twomorrows.com/index.php…

Both issues will be in stores on Wednesday, July 17, and are now shipping directly from TwoMorrows! 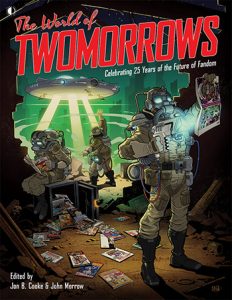 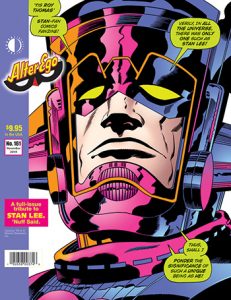 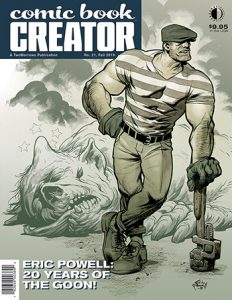