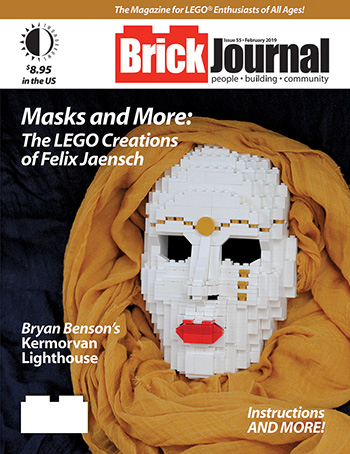 The new issue of BrickJournal (our LEGO fan magazine) ships today, and includes a look at Felix Jaensch’s remarkable LEGO sculptures, from realistic animals to the human skull and amazing face masks! There’s also a detailed Kermorvan Lighthouse built from LEGO bricks, a spectacular Winter LEGO layout, and more! You can preview it it and order HERE! 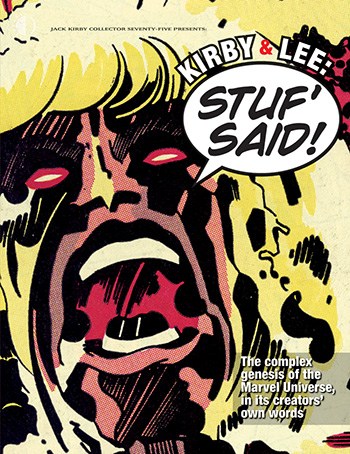 To say I’m humbled by the early response to KIRBY & LEE: STUF’ SAID would be putting it mildly. It’s a project I’ve been wanting to produce for several years, but now that lawsuits and creator credits have been put to rest, I was curious to see if people still wanted to dig deeper into the genesis of the Marvel Comics Universe, and what roles Jack Kirby and Stan Lee actually played—not just in creating the characters, but in shaping the company’s overall output and direction. It appears the answer is a resounding “yes!”

I didn’t want to just rehash the old partisan “Lee’s the genius behind Marvel” and “Kirby got robbed of credit” arguments. I wanted this to be a new approach to examining the topic. So I set out the CHRONOLOGICALLY (and that’s the key) document what both men had to say about it; plus include commentary (presented chronologically as well) of others, from Wally Wood and Steve Ditko, to wives Joan Lee and Roz Kirby. And then attempt to pinpoint what work was being produced at the time all that “stuf'” was being said.

I also wanted to present it in a visually different way, and one I think really helps the “oral history” approach of this book illuminate the subject more clearly. Once I got into the bulk of the research, I saw that this would necessitate taking the financial risk of changing the book from its planned black-&-white format, to full-color, because color was going to be so important to clarifying such a research-heavy, dense tome—and I’m talking about the importance of using color for the TEXT of the book (although it’s always nice to have images in color as well).

This is not a book you’ll want simply for its art. The visual examples I chose are there to support the commentary, not to show how beautifully Kirby could draw. This book is all about research (and believe me, that research took on a life of its own, and consumed my own life for months).

But if you care about the genesis of the Marvel Universe, you need to get this book. Feel free to ignore my brief editorial comments and opinions (all clearly marked) if you like, and just read Stan and Jack’s (and others’) quotes, in chronological order, juxtaposed against what they we working on at the time. You’ll see where both men were remarkably consistent in their accounts, and where they veered as time went on. Based on what early readers are already telling me, you’ll learn things you didn’t know, and be enlightened about Kirby and Lee’s lives and careers, both working together and separately.

Kirby died in 1994. Ditko died while I was researching this book, and Lee passed just a few days after the book was at the printer (and alas, too late for me to add a mention of his passing). But I think STUF’ SAID will stand as a lasting tribute to what they, and so many other Marvel talents, created—and an important historical document that is the culmination of what I’ve been trying to do with the Jack Kirby Collector for the last 25 years. 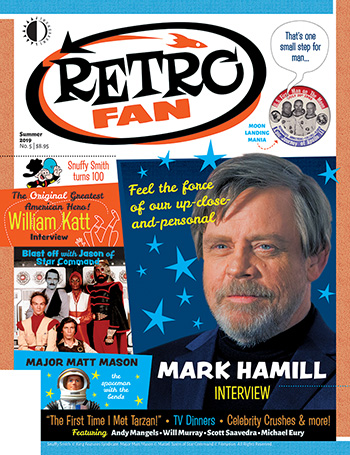 If you need to renew a subscription to any of our magazines, or were considering trying a new one (like RETROFAN, perhaps?), now’s the time to order!

The US Postal Service is increasing postage rates on Jan. 27, and we’ll have to adjust our sub rates accordingly.

So lock in our current prices now and save a few bucks! Order any and all of them at: http://bit.ly/TwoMorrowsSubs 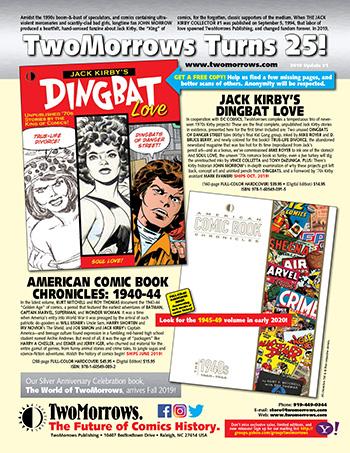 Happy New Year! And what a year it’s going to be, as TwoMorrows celebrates its 25th Anniversary on September 5, 2019! That’s a quarter-century to the date that I published JACK KIRBY COLLECTOR #1 back in 1994, unknowingly launching my crazy-fun career as a publisher of comics and pop culture-related books and mags.

We’ve got a full year of amazing releases ahead, and you can see the first batch of them at www.twomorrows.com, or download our new 2019 Catalog Update in PDF format at this link: bit.ly/TwomorrowsUpdate2019

Thanks for sticking with TwoMorrows all these years! And get ready for many, many more!