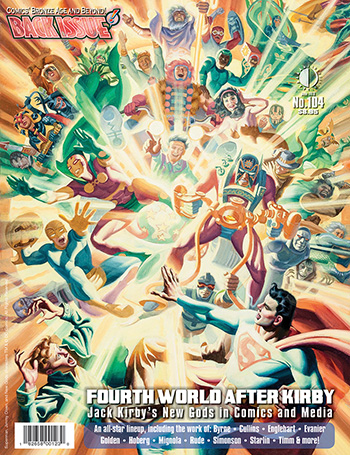 Discover the FOURTH WORLD AFTER KIRBY and the evolution of the NEW GODS in BACK ISSUE #104, shipping today!

You can preview the issue, and order HERE!